HomeGeneral KnowledgeList of countries and their national games 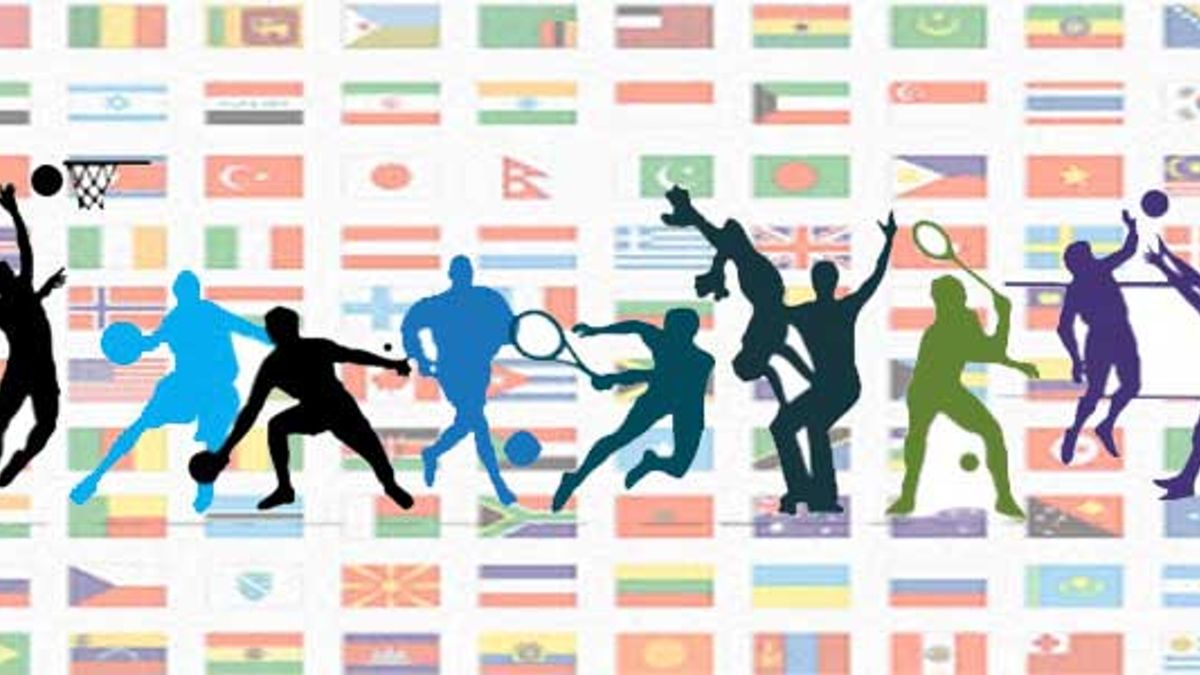 A game is a structured form of play which through casual or organised participation aims to use, maintain or improve physical ability and skills while providing enjoyment to the players, and in some cases, entertainment for spectators.

Any sport which is designated as the national sport of a country is either based on popularity or holds a historical connection from that country. The national games are considered to be important for the country or are significant for their cultural values. Check the list of countries and their national sports below.

Countries and their national games

Buzkashi is the national game of Afghanistan which is also known as Kopar, Kupari and Ulak Tartysh.

It has a very rich culture which is complemented by the rich history. European sports largely influence the region and among all the sports, Cricket is the most popular among them. Hence based on popularity, Cricket became a national game.

List of Cricketers who have scored 10,000 runs in ODI

Argentina is one of the best Football playing nations, however, Pato is the official national sport since 1953.

Cricket, Football and Kabaddi are considered the most popular games in Bangladesh but Kabaddi is the national game of the country.

Cricket is considered to be an intrinsic part of the culture of Barbados. Barbados Cricket Association is the apex body to govern cricket locally. Barbados has given famous cricketers- Sir Garfield Sobers, Sir Everton Weekes, Sir Clyde Walcott and Sir Frank Worrell.

There are varieties of sports played in Bermuda but Cricket is most popular due to British influence.

Archery is the national sport declared by the Kingdom in 1971 when it became a member of the UN. Throughout the history of Bhutan, bows and arrows were an important means of survival in the highlands during wars and hunts and they also play a significant role in their myths and legends. For example- images of gods holding bows and arrows.

Capoeira is an Afro-Brazilian martial art that is a combination of dance and music and is marked by deft, tricky movements. It is culturally significant and evolved during colonial times by slaves. It is popular not only in Brazil but internationally through computer games and movies.

Bulgaria is well known for its weightlifters because they won medals on almost every big weightlifting event and set many world records on championships including the Olympic Games. The most distinguished weightlifters are Stefan Botev, Nikolay Peshalov, Demir Demirev and Yoto Yotov.

Chilean Rodeo is not only a traditional sport but also a national sport (declared in 1962).

China has not formally declared a national sport but based on its popularity, table tennis is called a national game.

The Cuban sports culture is influenced by the United States of America, hence among all the sports, baseball is very popular among Cuban people.

Football and Ice Hockey are the two leading sports played in the country but ice hockey draws more attention because of its popularity and professional stability.

List of players who have played 10 slowest innings in cricket

Baseball is the most popular sport in the country. After the United States, it has the second-highest number of baseball players in Major League Baseball (MLB).

The sports culture is very rich in France that reflected its popularity among French people and sporting history. Football became a de facto national game.

The Golden Era of Hockey in India was the period from 1928 – 1956 when India won 6 successive gold medals in the Olympic Games. Now cricket is more popular than hockey in India.

Note: As per recent RTI, the Sports Ministry has made it clear that it has not declared any sport as a national game whereas the web portal of Government National Portal of India has posted an article glorifying field hockey under the heading ‘National Game’.

Football is the most popular sport in Israel. The sport is under the jurisdiction of the Israel Football Association. It joined the Asian Football Confederation in 1954 but was booted out in 1974 due to political pressure from the Arab world during the Arab–Israeli conflict.

Football (Calcio in Italian) is the national sport of Italy and currently has the second most successful football team in World Cup history, after Brazil, having won four FIFA World Cup championships.

Badminton is the national game from both the participation and spectating aspect. It has won gold medals in badminton in every Olympic Games since the sport was first introduced to the Olympics in 1992.

Basketball is the only sport that is religiously followed by the people after Catholicism.

Do you know how India got her name as “Bharat”

Wrestling is regarded as a national game due to its long tradition and history. There are many styles of folk wrestling, from Varzesh-e Pahlavani to Zurkhaneh which have similarities with modern freestyle wrestling.

Sport is a significant part of Jamaican culture. It is one of the leading countries in sprinting with the current world record holder for 100m and 200m, Usain Bolt and the former 100m world record holder, Asafa Powell but based on popularity, cricket is considered as the national game.

Sumo wrestling is considered to be the country’s national sport. It is a competitive full-contact wrestling sport where a rikishi (wrestler) attempts to force another wrestler out of a circular ring (dohyo) or into touching the ground with anything other than the soles of his feet. The characters literally mean “striking one another”.

Sepak Takraw is the national sport of Malaysia. It is similar to volleyball or badminton except players cannot use their hands.

There are three national games of Mongolia, known locally as ‘the three games- Mongolian Wrestling, Archery and Horse Riding.

The national sport of Mauritius is Football. Mauritius became a member of FIFA in 1962 and Confederation of African Football in 1963.

The national game of Mexico is Charrería. It is a competitive event similar to rodeo and was developed from animal husbandry practices used on the haciendas of old Mexico.

Dandi Biyo (similar to Indian Gilli Danda) is played with a stick about two feet long and a wooden pin about six inches long. The pin is a small wooden stick with pointed ends.

Rugby Union is the national game in New Zealand and is popular across all sections of New Zealand society, and many New Zealanders associate it with their national identity.

The national sport of Norway is Cross-country skiing. It is a form of skiing where skiers rely on their own locomotion to move across snow-covered terrain, rather than using ski lifts or other forms of assistance.

Do you know about 25 amazing facts about Mahabharata?

The National game of Pakistan is Field Hockey.

The National game of the Philippines is Arnis. It is the system of Filipino fighting arts founded by Remy Presas as a self-defence system.

The national game of Poland is Football.

Paleta Frontón is a Peruvian sport similar to tennis.

Chess is the most popular game in Russia but Bandy (a form of hockey) is considered to be a national game.

How pre-Aryan symbol ‘Swastika’ is older than 11000 years?

The national game of Scotland is Golf because of its origin. More than six centuries ago, the first courses and rules of the game were developed.

Football, Basketball, Volleyball and Water Polo are the most popular sports in Serbia but there is no official announcement for the national game.

The national game of Slovenia is skiing.

Taekwondo is the national game because it is often claimed to have historical origins on the Korean peninsula with origins said to have been traced as far back as the 1st century BCE.

The national sport of Sri Lanka is Volleyball. Other popular sports are Water Sports, Badminton, Athletics, Football, Basketball and Tennis.

The National game of Switzerland is Shooting and Gymnastics.

The national sport of Tajikistan is Gushtigiri (a type of wrestling).

Oil wrestling/grease wrestling is the Turkish national sport. It is so-called because the wrestlers douse themselves with olive oil.

The national game of the USA is Baseball not by law but through de facto.

The national game of Venezuela is Baseball. It is known to produce some of the most skilled baseball players in the world for example Luis Aparicio.

The National Game of any country is an intrinsic part of their culture. The above list of countries and their national games are useful for both sports lovers and the aspirants of different competitive examinations.

Note: Most of the countries have not declared particular sports as “National game” but based on popularity, it has been informally considered as the national game.